Celebrating New Year for the Emperor at the Imperial Palace

On January 2 of this year, I paid a visit to the Imperial Palace to celebrate New Year for the Emperor and other imperial families.

This was my first experience to enter the premises of the Imperial Palace, and I was impressed to see so many people with the same intention as mine gathering in the square in front of the palace (a total of over 80 thousand people paid a visit the Imperial Palace on this day). 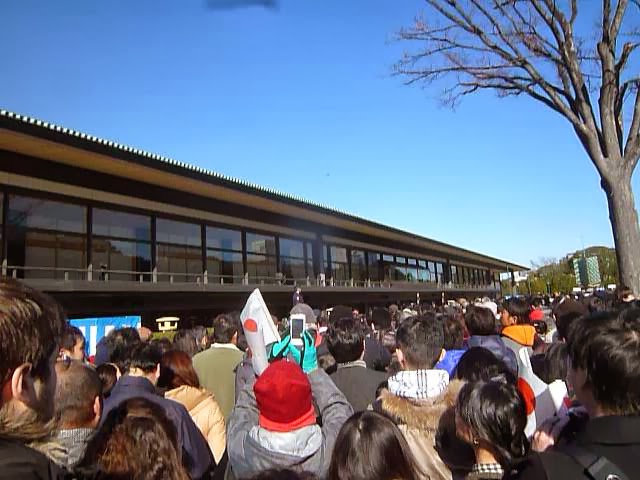 Being one among those tens of thousands of visitors, I was waiting for the appearance of His Imperial Majesty and other imperial families. At around 11 o'clock, as soon as they appeared on the deck, the visitors started waving Japanese national flags and praising aloud His Imperial Majesty, wishing him health and longevity. Then, His Majesty and families responded by waving us.

Finally, let me add this: one of the greatest things about our Emperor is that the Emperor of Japan boasts the world's longest history of bloodline. Our Emperor is the 125'th generation of the bloodline that started from the first Emperor Jinmu.
投稿者 いちべー 時刻: 10:38 PM No comments: